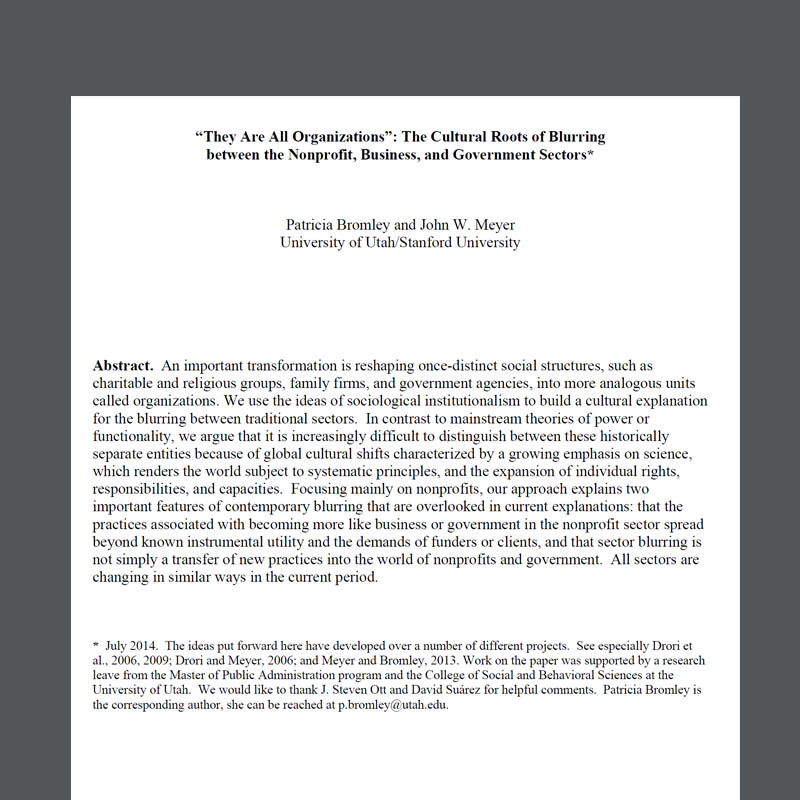 Abstract. An important transformation is reshaping once-distinct social structures, such as charitable and religious groups, family firms, and government agencies, into more analogous units called organizations. We use the ideas of sociological institutionalism to build a cultural explanation for the blurring between traditional sectors. In contrast to mainstream theories of power or functionality, we argue that it is increasingly difficult to distinguish between these historically separate entities because of global cultural shifts characterized by a growing emphasis on science, which renders the world subject to systematic principles, and the expansion of individual rights, responsibilities, and capacities. Focusing mainly on nonprofits, our approach explains two important features of contemporary blurring that are overlooked in current explanations: that the practices associated with becoming more like business or government in the nonprofit sector spread beyond known instrumental utility and the demands of funders or clients, and that sector blurring is not simply a transfer of new practices into the world of nonprofits and government. All sectors are changing in similar ways in the current period.